Click on the pictures below for a larger size.

Can natural beauty improve human nature? Milwaukee’s Washington Park was designed and built on the principle that it can. Originally named West Park, Washington Park, along with Lake Park and River Park (now Riverside), were designed by Frederick Law Olmsted, the renowned landscape architect who designed and supervised the creation of New York’s Central Park.

Olmsted believed planned parks would provide people from all stations of life respite from the crowding, suffocation and industrial despondency of urban America in the last half of the 19th century. He contended that municipal open spaces with scenic landscapes and recreational activities would promote both the physical and mental health of its visitors and foster communication between social classes, thereby improving society.

In 1891 the Milwaukee Park Commission allocated and purchased 124 acres on the near west side of Milwaukee. They commissioned Olmsted, who at this point in history was already the foremost landscape architect in the country, and work on the site commenced in 1892. The park commissioner followed Olmsted’s plan for open meadows, wooded areas containing a variety of tree species, a seven-acre lake and an aquatic garden that featured a four-level heated waterfall, a lily pond, exotic fish, stone bridges and walking paths. Then West Park went the way of many Olmsted commissions: rogue. It was an occurrence that Olmsted cursed until he died, but it was inevitable. Cities would veer from Olmsted’s original design plan in response to the needs of the community. In the end, West Park would accommodate eight donated deer, an eagle and several bears (precursors to the Milwaukee Zoo), a boathouse and landing that offered boat rentals, a band shell, sports fields, a six-hole golf course, an ice-skating rink, toboggan slide, horseshoe and tennis courts and a one-mile horse racing track complete with grandstands.

West Park became Washington Park in 1900 to reflect the importance of American history, a trend that was occurring all over the United States. The park expanded to 132 acres until it was entrusted to the Milwaukee County Park Commission in 1932. In 1968 the park opened its Senior Center and, shortly after, the boathouse was rehabilitated into a community center. A changing neighborhood and a pinched county park system presented serious challenges to Washington Park, but all was not lost.

Devoted citizens, businesses, neighborhood groups and nonprofit organizations united to resurrect the park. In partnership with the county, Neighborhoods United for Washington Park (NUWP) secured a substantial donation from the Harley-Davidson Foundation to restore the band shell. The nonprofit group of volunteers will host its annual Washington Bark Dog Day, a festival that donates its proceeds to making improvements to the park. In 2007 the Urban Ecology Center chose Washington Park for its satellite facility. Activities like the Neighborhood Environmental Education Project and Urban Adventures programs offer participants the opportunity to explore nature

and experience the “spiritual uplift” Olmsted had hoped for.

West Park Zoo – so named because it was located in what was originally called West Park, designed by Frederick Law Olmsted – began in 1892 with a small bird and mammal exhibit housed in a barn.

The first animals were a deer herd, an eagle and several bears donated by Gustav Pabst and Louis Auer.

The zoo expanded to include a bear den the following year and in 1899 the first permanent structure – the Herbivorous Building – was erected. A year later, the park and zoo were renamed Washington Park.

In the first two decades, the zoo – which had grown to 23 acres in 1902 and was the sixth largest zoo in the nation by 1907 – added a monkey cage, a sealion enclosure, a buffalo pen, an eagle aviary, a small mammal house and in 1910 a zoological society was created in 1910 to help support the growing zoo.

In 1919, Zero arrived to become the first polar bear born in captivity in North America.

Current zoo fans may be interested to know the first monkey island was added to the zoo in 1925.

A sheep mountain, home to Bighorn Rocky Mountain Sheep gifted by the Canadian government, was built out of 5,000 tons of Lannon stone.

But by the twilight of the 1930s, the Washington Park Zoological Gardens was beginning to show serious signs of wear and was also hemmed in, with no room to grow. By 1947, the search for a new home had begun.

But many Milwaukeeans had already gotten to know the new park as visitors were encouraged to come during its construction and as early as 1958 they could ride on the zoo train, which was completed that year.

Among the inhabitants making the move was the immortal gorilla, Samson, who had come to the zoo with Sambo in 1950 and remains a part of the zoo's mystique even today (his taxidermied remains are on display at the Milwaukee Public Museum Downtown).

A Milwaukee Journal article published in December of 1920 states that at the time, the Milwaukee Zoo was the fifth largest in the nation. A Milwaukee Leader article from earlier the same year claims that zoo's annual attendance had recently topped 600,000.

National recognition was becoming more obvious all the time. In an article written by the Milwaukee Zoo's director Edward H. Bean is it clear that the zoo had risen to be one of the top in the nation. Bean goes on to mention that the director of the New York Garden remarked that they had never seen a zoo acquire merit so quickly.

In 1926 the zoo received what may have been one of its highest compliments, a glowing endorsement from Dr. H.M. Wegeforth, the director of the San Diego Zoological Society. He was quoted in the Milwaukee Journal saying, " I have made many visits to the zoo at Washington Park as well as to others in other cities, but there is none which makes a better appearance and which has better specimens than the zoo at Milwaukee".

After the animals were moved, over time, to the new facility, the Washington Park Zoo fell silent in 1963. 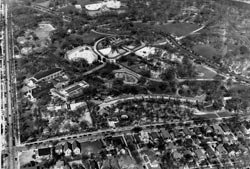 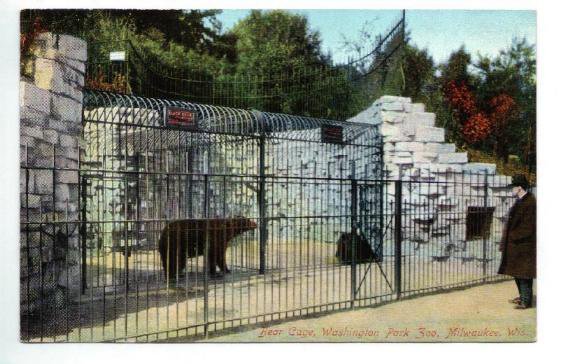 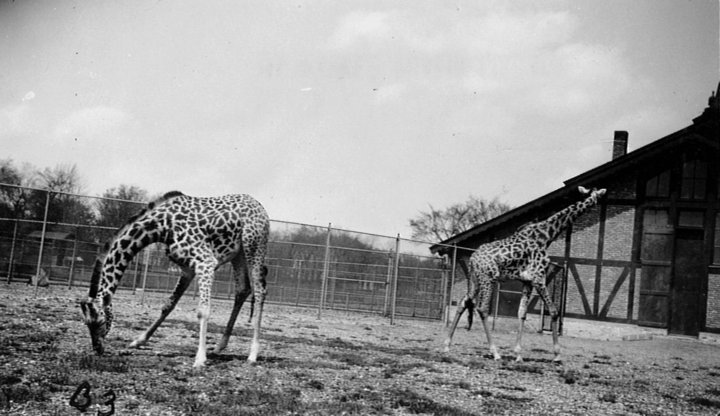 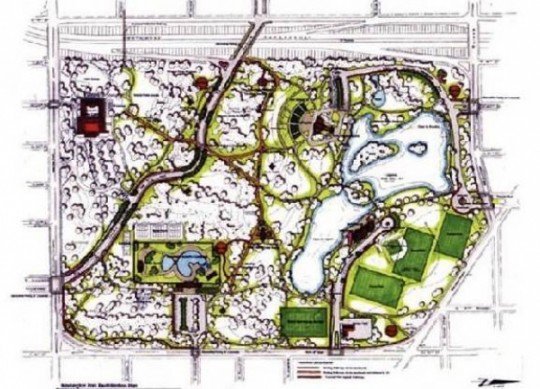